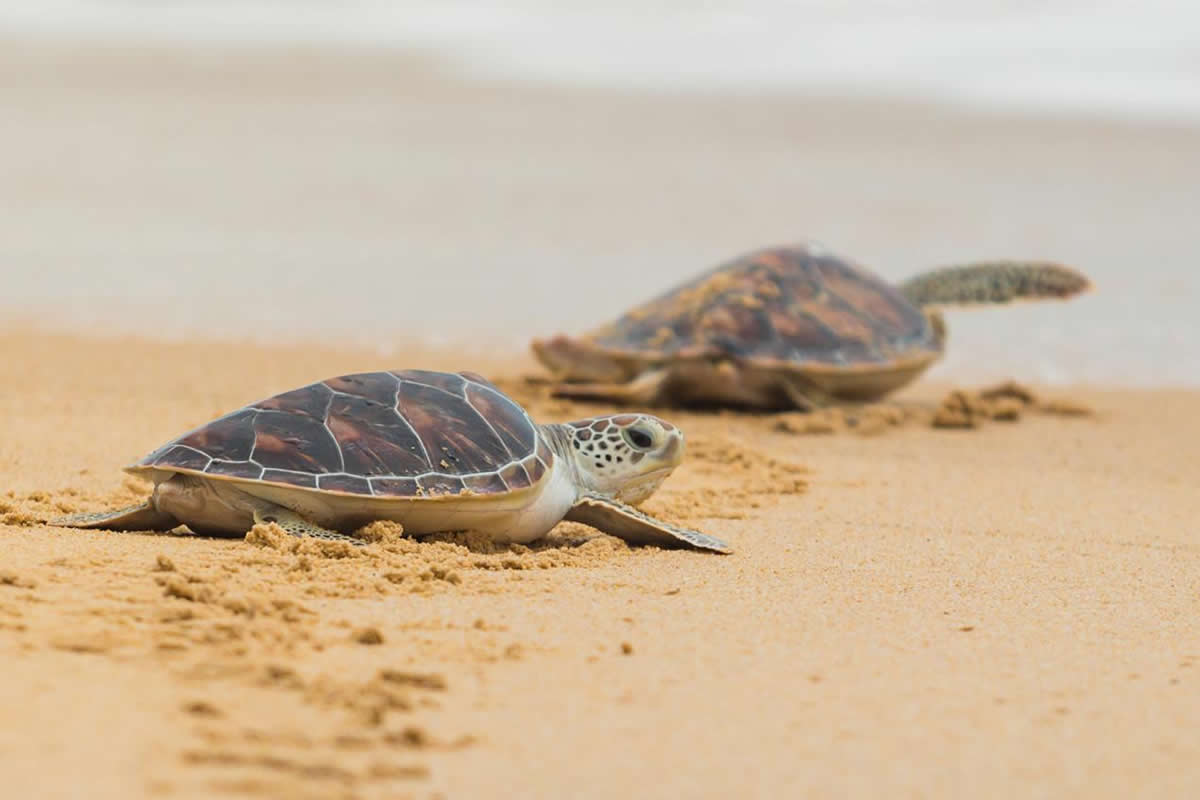 When you go on an airboat ride in Orlando, you may be blessed to see up to four different species of sea turtles that call the Sunshine State home. These massive amniotes are amazing reptiles that often leave our guests gasping at their very sight. When you see one, here are some facts to keep in mind.

Loggerhead turtles weigh an average of 275 pounds as an adult. They live an average of 67 years. If you see an adult one with a long tail, then it is a male as females have extremely short tails. These turtles have strong jaws allowing them to eat crabs, clams, and other marine life with a hard shell. They are often attacked, however, by sharks because they cannot swim fast enough to get out of the way. Florida beaches have the highest density of nesting sites for loggerhead turtles in the world. While they are the most populous species of sea turtle in the United States, it is still important that everyone do their part to protect them.

As the first European settlers pioneered in Florida, they learned the value of green turtles. They learned to harvest them and sold them around the world for their unique fat that is green in color and for their meat. Today, green turtles grow to be about 350 pounds with an average length of 3.3 feet. There are more green turtles nesting in Florida than almost anywhere else in the Western Atlantic. On an airboat ride in Orlando, you are likely to see them in seagrass marshes, but in the evening, they often return to rocky ledges.

If you see a turtle weighing more than 500 pounds, then the chances are that it is a leatherback turtle. They are often more than 6 feet long and can weigh as much as 1,500 pounds. They dine on soft-bodied animals, like jellyfish. These turtles are capable of traveling great distances. Baby leatherback turtles are an unusual sight in Florida, however, usually under 60 are born in the state each year. These turtles often only nest every two to three years.

You can see many mammals, reptiles and other forms of marine life on an airboat ride in Orlando. While you may have seen these turtles in a zoo, the ride gives you a chance to see them in their natural habitat.